Peanut Langston. All three teams went to the playoffs and had 7 play in college from

Rabbit Fulghum. This team was one of the first show case teams in North Carolina.

Many of those players play in the big leagues today.

three teams during this time (Varsity, JV and Freshman). Conley has won 2 State

Championships, one State Runner Up and been in the Eastern finals twice during the

Area Regular season Championship and an overall record of 28-5.

won National Championships in Atlanta, Arizona and Jupiter. In 2014, Evoshield

Canes won Atlanta and Jupiter finishing runner- up in Arizona.  The Canes had over

Atlanta and World Champion in Jupiter. In 2015, Evoshield were the PG World

Champions for the 3rd year in a row. Currently is the NC Director for Evoshield.

2019-Present  Named the Vice President of the NCBCA

Regionals. In 1994, led the team in ERA  and saves. Voted 2nd Team All CAA Relief

Tournament in Holland. Played in the NECL in New York and Canada. 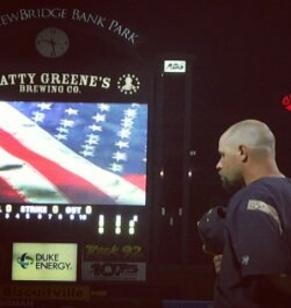 2014-Present Starting second year on the staff. Been an Assistant/First base coach for the JV team for both years.

​2006-2009 Is a former Viking. Graduated from D.H. Conley in '09. During his junior year '08 the team made it to the Eastern Finals. Senior year led the charge batting lead off, helping his team to win the conference. All-Conference player as a senior.